Heartbeat… The story behind the series

The ITV series of Heartbeat is inspired by the novels of Nicholas Rhea, which have famously become known as the ‘Constable books’.

After 17 series and a 16-year run, finally, the thousands of loyal fans of the famous Yorkshire-based drama will now have a book that encompasses it all, the bikes, the music and the fantastic storylines – for Nicholas is now telling another tale, ‘Heartbeat… The Story Behind the Series’.

This long-awaited tribute does not only chart the success of this now essential Sunday night viewing programme, but delves deep behind the scenes, both in the studio and on location, meeting the people and places which have contributed to the series’ sensational popularity.

Illustrated with photographs taken on set over the many years and charting the abundance of colourful characters, including scores of British television’s best known faces, The Heartbeat Story will be the must-have viewing companion for every Heartbeat fan.

Heartbeat… The Story Behind the Series, will be on sale at WH Smith stores throughout the country from 30 September 2008 priced at £6.99, or you can buy direct from publishers Mortons Media Group Ltd on 01507 529529 or visit www.mortonsbooks.co.uk 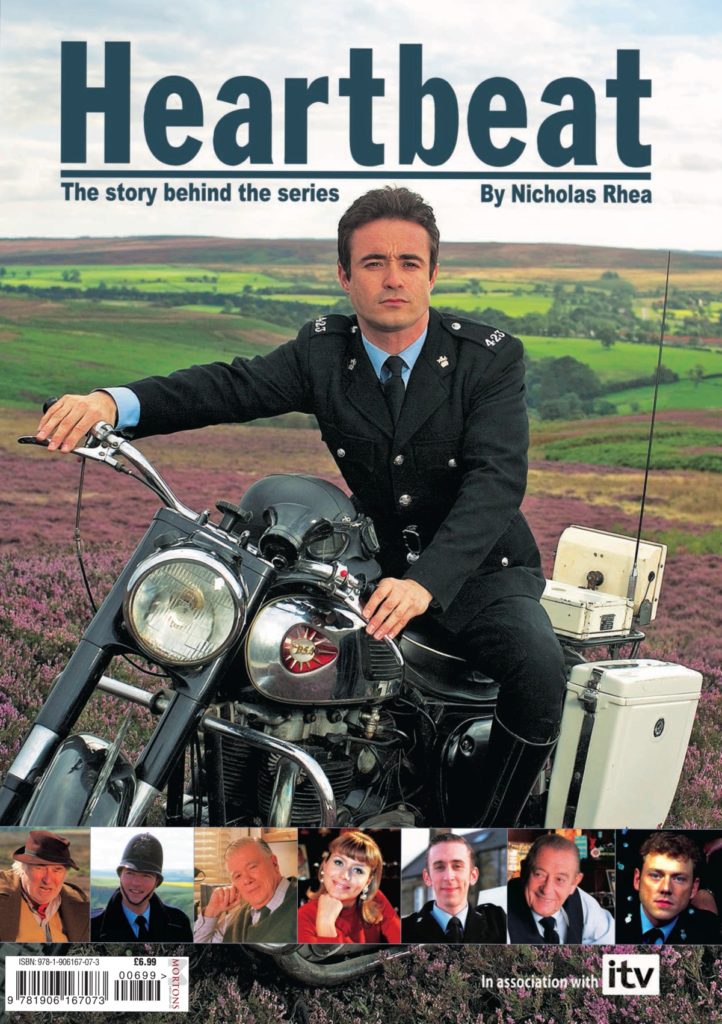