For motorsport fans everywhere and fresh from his first Formula One World Drivers’ Championship, the story that everyone has been waiting for is finally here in a quality ‘bookazine’ format… Just Jenson.

Charting Jenson Button’s life story from the tough and unforgiving circuits of the karting world to his defining moment this season when he took the crown as Formula 1 World Champion, Just Jenson is the perfect companion to the motor sport racing year.

This insightful and appropriate tribute to Jenson Button is brought to you by renowned magazine publishers Mortons Media Group Ltd. Written by David Addison, motorsport journalist and commentator with Bob Constanduros, F1 fanatic and auto correspondent; they have brought a wealth of knowledge to the title.

Jenson’s career has had many highs and lows, having been fighting for the F1 championship for 10 years, but through it all, and in particular through the adversity, sheer graft has seen fortune favour, particularly in 2009. His decision to stick with his former BAR Honda Team principal Ross Brawn in a new team paid off, wrapping up the title with even a race to spare. Just Jenson encapsulates all of this magic and much more within its 132 pages.

Editor, David Addison said: “Jenson Button’s season has been quite extraordinary after a disappointing few. To be staring the end of his career in the face last December to being World Champion in less than 11 months is unprecedented in Formula 1 and is a story worth telling. The Button tale is one of successes and disappointments, but culminates with biggest high of them all, all of which are featured within this bookazine.”

For every motorsport fan, this will be the must-have read of the year and will be on sale at WHSmith across the country from 24 November priced £6.99 or can be brought direct from Mortons Media Group Ltd on 01507 529529 and by visiting www.mortonsbooks.co.uk. 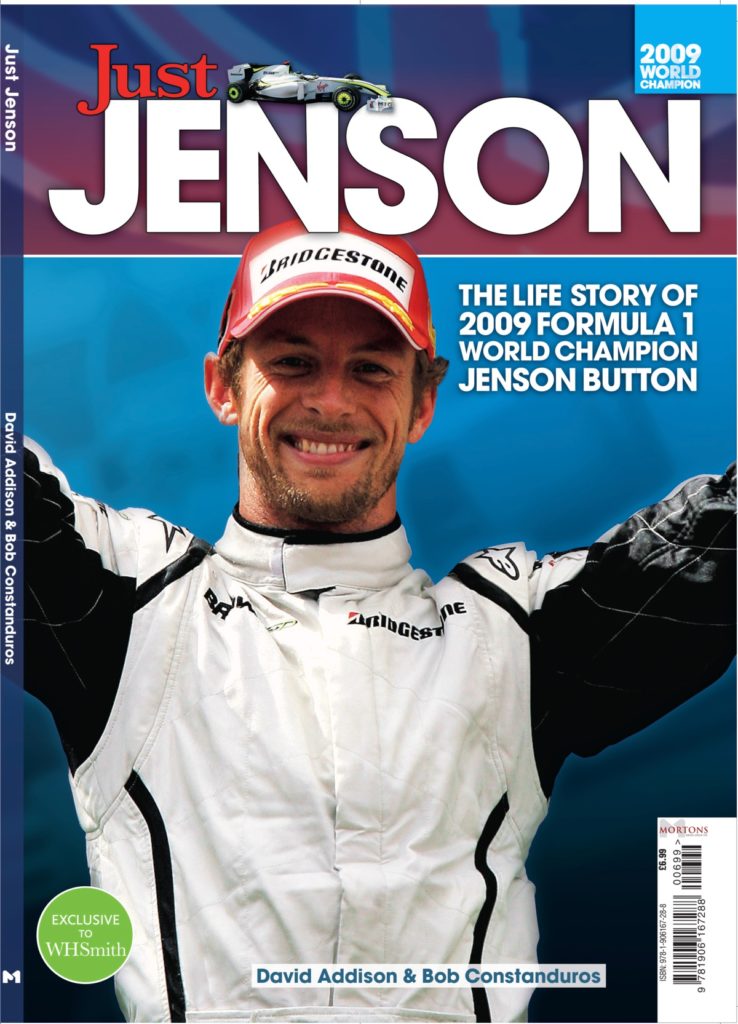