Promoto, the owner of the International Dirt Bike Show, has announced that it has signed a buyout deal with Mortons Media Group Ltd. The Lincolnshire-based publishing house will take control of the largest off-road show in Europe with immediate effect, but Show organiser Joanne Watson will retain a frontline consultancy position which will effectively ensure a seamless handover to the new owner.

Promoto, the company headed up by former motocross GP star David Watson, was formed in 2000 and in addition to Watson; the five-strong partnership comprised well-known off-road industry figures Vrjo Vesterinen, Stuart Miller, Sammy Doble and Gareth Hockey. The prime concern for the partners was to run a prestigious off-road show for the good of the industry. Stoneleigh Park, with its central location close to international airports was identified as the new home for the Show in 2000 and the rest, as they say is history. Since that first event the Dirt Bike Show has grown in stature and enjoyed growing success, even in the face of the recession.

“The Dirt Bike Show has certainly matured over the years,” said founder Dave Watson. “It is the only major off-road show in Europe and its location, coupled with its timing at the beginning of November, makes it perfect for overseas companies to introduce their new season product ranges, and hence the adoption of the International tag back in 2010. It is now time for the partners to step aside and allow the Show to continue developing and we are confident that it will do just that in the hands of Mortons, with its strong portfolio of motorcycle shows and magazines.”

Mortons Media Group has steadily built a reputation for organising classic bike shows and managing director Brian Hill was clearly delighted with his company’s new acquisition: “It is an exciting prospect to be taking over Europe’s leading off-road bike show. Mortons is steeped in motorcycle publishing with 12 titles covering most facets of the two wheeled world, including Classic Dirt Bike.

“We already organise the largest classic bike shows in Europe, twice yearly at Stafford, along with six other events planned for 2013. We believe in live events and the International Dirt Bike Show is a significant step for us and we look forward to working closely with the off-road industry and public.”

The 2012 International Dirt Bike Show gets underway on Thursday 1 November 2012 and the familiar operations team led by Joanne Watson will ensure business as usual in terms of the Show and its organisation.

• For further information on the Show visit www.dirtbikeshow.co.uk 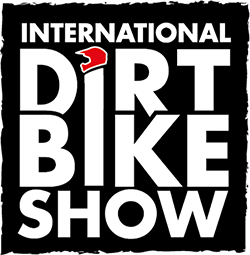